The great thing about studying wines and spirits with WSET (Wine & Spirits Education Trust) is that there are some cracking prizes to be won.

As is evident from my reflections on WSET Diploma graduation (see previous blog), I was never favourite to land a prize for the spirits exam – but somehow, I scored highly enough to receive the Worshipful Company of Distillers’ Scholarship which funds me to study a spirit producing region!

Out of a sea of diploma graduates from around the globe, many of them from WSET in London, there were only 4 from West of England Wine School.  I was proud to fly the Westcountry flag in the awards list, and it should be noted that in the preceding year, my fellow West of England Wine School graduate Sarah Mills won the Marks & Spencer prize for her high mark in the Unit 2 Viticulture and Vinification paper.

So how did this miracle come about?

All my diploma exams were taken while working as a solicitor in Gloucester, except this one.  I therefore had much more time to study.  Many diploma students underestimate how much time they need to devote to it – my result in spirits shows what a difference it makes if you can make time for in depth study.

So convinced was I that I would struggle with spirits, I tasted until my taste buds were pickled.  I have tasting notes for 120 spirits!!

Despite lecture samples and raiding our drinks cabinet, it was never going to be affordable to buy all the tasting samples I needed, even in miniatures (I bought 5 of each of Scotch, Irish, Japanese and American – well worth doing).

Luckily for me, help was at hand.  The Wine Shop Winscombe run monthly legendary gin tastings, as well as tastings of other spirits such as rum and whisk(e)y.  Kelli Coxhead from The Wine Shop also let me to join in a tasting of a wide range of spirits hosted by Jack Rackham of Emporia.  He was hugely knowledgeable and added greatly to my knowledge of aged tequilas, amongst other things.  A huge thank you to Kelli and Jack.

I was also encouraged to visit a distillery; Cotswold Distillery hosts a friendly and informative tour.  They were distilling grappa when I dropped by, from pomace (spent grape skins) donated by a Gloucestershire vineyard, and I met their new still, called Dolly (she works 9 to 5….).  When I explained why I was there, they gave me a “doggie bag” of tasty tipples for me to dissect at home.  Their whisky was one of few spirits I tasted which I classed as outstanding.  I also admired their genever equivalent. I can’t recommend their tour highly enough, both to students and to consumers – and the whisky is available from The Wine Shop Winscombe.

Bruce Perry from Marussia, an uncompromising perfectionist, put us through our tasting paces at an early stage on our diploma journey.  This didn’t go too well, if I’m honest, and I have come a long way since Spirits part 1!  Spirits part 2 was taught by Charles Maxwell of Thames Distillers, who makes gins under contract for various brands.  Such is his renown that his involvement is openly acknowledged by the brands he works with, including Sabatini gin made from Tuscan herbal botanicals (available from The Wine Shop Winscombe).  Among the gin samples he brought along was Chilgrove, which he helped create.  It was the first English gin to use grape spirit, and the first gin I tasted in which I could readily discern the craftsmanship of its creator.

Tim Johnson, our diploma co-ordinator, put together a mock tasting exam, which was uncannily similar to the exam itself!  Of course, this was in truth due to his considerable experience. 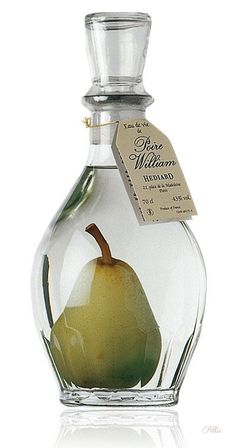 The theory exam also involved luck.  As a lawyer, I had learnt the legal requirements for scotch whisky verbatim, and even looked up the regulations (sad….) – cue a “brain dump” which probably scored very highly when this question came up.  Less lucky was a mandatory question on Poire William.  Usually questions about more unusual spirits offer a couple of options – but not today!  All I knew was that it was made with Williams pears in France and that in at least some examples a whole pear is inside the bottle (the lovely lady at Divine Wines I met at a trade tasting said she had a bottle in her shop and it looked pretty on the shelf).  That was my first and only sentence for some time until the initial exam panic receded.  I then realised I had to choose which spirit production method to write about – maceration with pears, or making a pear cider and distilling it.  I went with the latter and forgot about it until the results came out.   (By the way,  the bottle is placed over the pear bud on the tree!  The pear grows inside.)

It is lucky also that I studied on the diploma course when I did.  Spirits is being removed from the course so I am one of the last to win this award.  Instead, separate spirits qualifications have been created.  This is for the best, but it means people like me who didn’t know much about spirits probably never will.

My mentors Tim Johnson, and Kelli Coxhead from The Wine Shop Winscombe, advised me to let the wine (or spirit) tell its story, and have faith in what it tells you – while having the courage and strength of will to ignore any pre-judgements.  Otherwise you write a tasting note to fit what you think it is, rather than recording what you taste and using the evidence to inform your conclusions.  This all made sense to my logical lawyer’s brain – but applying this wisdom in an exam proved much more difficult.

In this exam, the earthy tequila and the ginger biscuit bourbon were fairly easy to identify.  I was about to pre-judge that the grape spirit was armagnac, but had the sense to read my note back and realised I was describing a cognac VSOP instead – which it proved to be.  In essence, it was much more grapey perfume than prunes and pastry.  With Kelli and Tim’s advice ringing in my ears, and the confidence I had gained, I kept my head and applied an evidence-led approach which paid off.

So many, many thanks to all who helped me.  Not only have I won a fabulous prize which takes me to visit Armagnac this November, but I have also developed a decent palate for spirits tasting which means I can now enjoy and appreciate distilled gems of all kinds – including my own Poire William, in its pear shaped bottle, bought by my lovely family for my 50th!  Which I can’t bring myself to open just yet – but when I do, I’ll let you know……